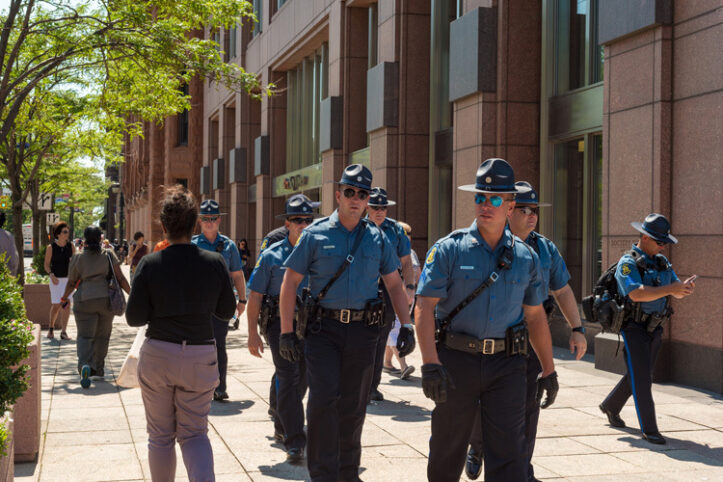 As Fourth of July Weekend Approaches, Missouri State Troopers Put Units on the Roads and Waterways

Fourth of July celebrations have always been a big deal in the United State of America. So is the case in Missouri as well. As the festive weekend approaches, residents get pumped up and ready to travel to their respective travel destinations. This has put the Missouri Police on high alert as they have issued Missouri State Troopers across roads and waterways.

Eric Brown, the Missouri State Highway Patrol Lieutenant issued a statement that said, “every available trooper is on the road and water today (Friday) and throughout the weekend. He is urging you to pay attention to the job of driving”. The statement continues quoting Brown’s words. “Put your cell phone down, avoid distractions in your car. Pay attention, plan your trips ahead. Obey the traffic laws”.

The fatality count this holiday began in the evening with a count of 6 and will be counted through Monday night. Last year, during the fourth of July holiday counting period, 7 people were killed and 532 motorists were injured. This was quite a high number and the aim is to avoid anything like that this time around.

A Kansas City Personal Injury Lawyer is on standby if any accident or untoward incident takes place. The Police Officials have also assigned 939 Eagle troopers to participate in Operation Dry Water at Lake of Ozarks and other waterways.

Brown says, “all available water personnel will be out and watching for boating violations that are indicators of an impaired operator, in an attempt to stop those boats and remove impaired operators from the waterways as well”. Boaters who require assistance will be offered the same by the troopers on duty.

In many earlier instances, it has been observed that boats shoot fireworks on the eve of the fourth of July. Brown has reminded fellow officers as well as the residents and outsiders celebrating in Missouri that cracking fireworks during the holiday season is illegal and will be penalized in the harshest way through the levying of fines and even jail time if needed.

“Lot of bad things can occur from personal injury. You can cause a fire on the boat, fumes in the boat engine can cause you issues”, says Brown.

The Missouri River is one of the longest rivers in the country and it has many tributaries that are used for different purposes like trade, transportation, exploration, and several projects as well. However, it is also a place of celebration on days like the fourth of July when several residents take their boats out to the river to enjoy with their families. While enjoyment is fine, it can lead to accidents of many kinds which is what the State Officials are warning against repeatedly.

In 2021 during the fourth of July celebrations, troopers reported over 12 boating crashes and 8 fatal injuries. There was one death as well. This is why the officials are constantly warning the residents to be careful and not take any irresponsible decisions.

The 5 Dog Breeds Most Likely To Bite