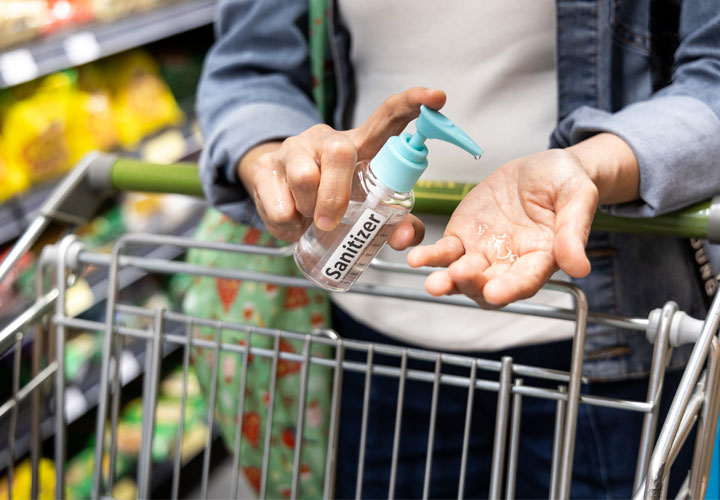 How serious is the War on Coronavirus in America? Serious enough that Americans across the country are being charged with “terrorist threats” after coughing on or licking items at the grocery store and then claiming to be infected with the deadly virus.

In Missouri a 26-year-old man has been charged with terrorist threats after posting a video of himself licking items at Walmart in March.

“Who’s scared of coronavirus,” the Missourian said as he recorded himself licking sticks of deodorant on the shelves in the store isle.

Cody Pfister posted the video of him performing the act to his social media account on March 11, and has since been arrested. There are no reports of this man having COVID-19 but that has not stopped prosecutors from pursuing charges against him.

The court document reportedly claims that Pfister, “knowingly caused a false belief or fear that a condition involving danger to life existed,” when he licked the products on the shelves at the store.

As if things weren’t bad enough, the Missourian is not the only man in America that was recently arrested for claiming to be infected while attempting to spread the disease. At a Wegmans market in New Jersey a man that was leaning in too close to a food display was asked by the woman working there to move away. Evidently the man was so appalled by the woman’s efforts at social distancing, that he felt the need to lean in even closer, cough on the woman, and then laugh while claiming he had been infected with the virus.

The 50-year-old from New Jersey was arrested and charged with making a terrorist threat in the third degree. Shortly after the incident he had refused to give his information to a police detective who was at the scene attempting to collect his name and ID, which led to another charge of obstructing administration of the law. He also received a charge of harassment to boot, meaning if he is convicted on all accounts he can be fined up to $26,000 and up to 7-years imprisonment.

There seems to be a new pandemic brewing alongside the coronavirus in the form of these outbursts from civilians licking, and coughing in public while claiming to be infected with the virus. In Pennsylvania a woman, aged 35, was aggressively coughing on produce, baked goods, and meat at a market while claiming to have the coronavirus and saying everyone else was going to get it as well. She then attempted to steal a 12-pack of Coors Light.

“It’s really disheartening to think that someone would do this to cause havoc or to be funny or spiteful at a time like this when food is so important for the community and for comfort,” said Joe Fasula who owns Gerrity’s Supermarket where the incident occured.

The woman has since been arrested and charged with 2 counts of terrorist threats and 1 count of threat with a biological agent, which resulted in approximately $35,000 of lost product for Mr. Fasula who had to throw away whatever may have been contaminated.
In these instances people are trying to take advantage of the pandemic to become popular on the internet with videos, or are simply frustrated with the new social distancing requirements that everyone has to deal with, or are simply just cruel people, the authorities are going to be prosecuting with the full extent of the law.

It unwise to perform any of these acts in public regardless of the current climate surrounding the coronavirus infections, but now that many prosecutors are pursuing terrorist threat acts, everyone needs to take a minute and seriously consider the consequences of their actions in this time of peril.

Quarantine the Same as Imprisonment?