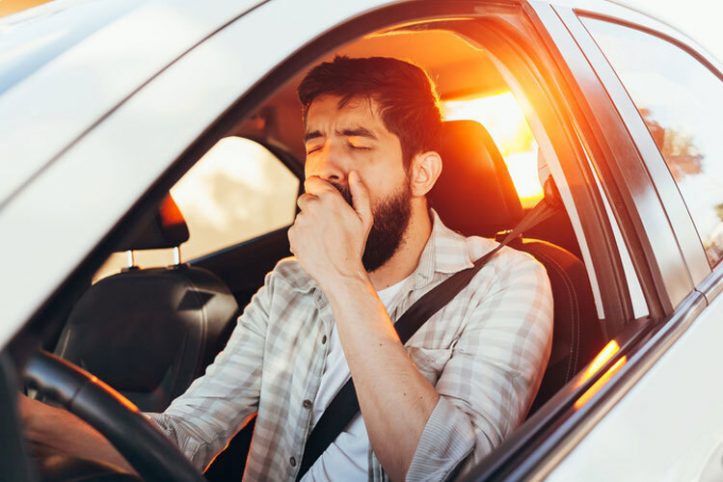 It’s common to see long-distance trucks on the roads and highways all over the US. But these large vehicles are also often the reason for accidents. Driver fatigue is a major reason that accounts for a large proportion of all the truck accidents reported all over the country.

Tasked with the job of driving the cargo-laden vehicle over long distances, the truck drivers often do not get enough time to sleep. As a result, drowsiness often takes over while they are behind the wheel, leading to disastrous consequences.

Truck drivers often sleep in their trucks at the end of their shifts. Unfortunately, the environment may not be suitable for restful sleep. As a result, they tend to feel drowsy even after resuming duty. Moreover, long-haul truck drivers often have to drive continuously for hours at a stretch, and the monotony of the journey may cause them to drift off while driving.

The Federal Motor Carrier Safety Administration or FMCSA has certain guidelines in place to ensure drivers are well-rested. Truck drivers are prohibited from driving for more than 11 hours at a stretch and need to take a break of at least 10 consecutive hours before resuming driving. But truck drivers may experience fatigue even after following the guidelines.

Apart from lack of sleep, there may be other causes for drowsiness too. Alcohol, illness, and even certain medications can cause sleepiness while the driver is on the road. And needless to say, this can have severe repercussions for both the driver and other commuters.

The Consequences Of Driver Fatigue

The consequences of drowsy driving are by no means small. Every year several traffic accidents are caused by fatigued truck drivers, leading to loss of life and property. Below are some of the reasons how driver fatigue leads to traffic crashes.

The Driver Finds It Difficult To Focus On The Road

Driving a heavy vehicle such as a truck needs a lot of skill. Moreover, the driver must always be alert when driving on a busy road or highway. But, when truck drivers feel drowsy, they may fail to pay attention to their surroundings, thereby missing clear signs that could have avoided an accident.

For example, they might miss noticing a smaller vehicle moving in front of the truck and crashing into it while trying to change lanes. They might fail to read the traffic signals properly, which can pose a danger to everyone driving around the truck.

It Makes Them Less Alert

An alert driver can adapt to unfavorable situations easily. They can swiftly change direction or press on the brakes in time if the vehicle in front unexpectedly breaks down. But fatigue can slow down their reflexes, thereby leaving them incapable of responding to such situations in time.

It Interferes With Their Decision-Making Ability

Long haul truck drivers need to possess some key skills, one of which is the ability to make quick and accurate decisions. This may involve simple things like deciding on the optimal speed limit depending on the traffic on the road or figuring out the exact time they need to move towards the side before changing lanes.

Fatigue can hamper this ability, leaving the driver incapable of making the right decision in time. And this may lead to easily-avoidable collisions.

Staying alert while driving near a truck can help you avoid getting entangled in crashes. But in case you are unfortunate enough to get involved in a truck accident in California, consulting an experienced truck accident lawyer can help. The lawyer can help suggest a further course of action to get your due compensation quickly in a hassle-free manner.