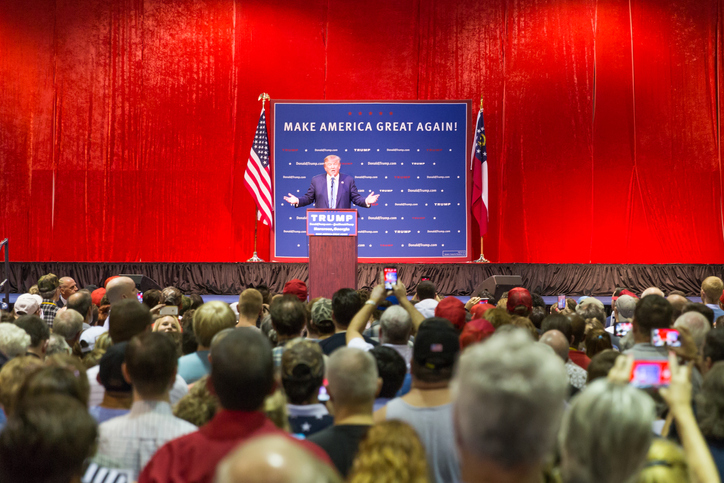 Donald Trump’s America has never failed to shock us with its overwhelming decisions. The United States of America is truly a mess from the last few years.

There are many Americans who are against Trump’s government to such an extent that they have tried to raise their voice and hence the time has come where he might get impeached out of his government.

The idea of Trump standing for re-election is termed as hilarious as stated by Mike Huckabee, the former Arkansas governor and conservative commentator, said that Trump should be eligible for a third presidential term and later suggested that his comment was “hilarious” in a Fox News interview Thursday evening.

Things went so ugly that the president himself is on trial, an impeachment trial where there are allegations on him trying to leverage meeting in the White House, and military aid.

He is also being questioned about pressuring Ukranian President Volodymyr Zelenshky to launch an investigation on vice president Joe Biden and his son Hunter Biden, and that Kyiv conspired with Democrats to interfere in the 2016 presidential election. Along with this, he has allegations where his involvement to sought by Ukraine to combat Russian military aggression.

These allegations lead Trump to be the 4th president in American history to face impeachment due to misconduct in office.

After a 14 hour meeting in Washington, Democrats on the House Judiciary Committee announced that the panel which was supposed to vote on Thursday night will be now postponed to Friday instead. This was rather shocking and caught off guard to everyone, especially the Republicans in the committee.

This case has indeed taken many turns since its beginning; Senate Republicans held a short impeachment trial despite Trump’s desire for an aggressive defense. House Democrats braced some defections among the independents and moderates on the Trump impeachment case. This case leads the White House budget office defense withholding aid to Ukraine according to new legal memo.

Chairman Jerry Nadler, D-N.Y., said shortly after 11 p.m. that the committee will vote on the impeachment of President Trump on Friday at 10:00 a.m. Rep. Doug Collins, R-Ga said, “That was the most bush league play I have ever seen in my life.” He later accused Nadler on turning the committee into a “kangaroo court.”

A vote is needed by the full House next week, by delaying the vote, Democrats have annoyed the Republicans, and they have then accused Democrats of breaching faith on an agreement they agreed to during the late-night break.

He also said that the Republicans were on time and promised to wrap up the debate earlier in the evening and vote. But it was to their surprise that when lawmakers agreed to cut off the debate, Chairman Jerrold Nadler (D-N.Y.) all of a sudden moved the vote until the morning.

With the change of dates, Republicans and the Democrats both will have to reschedule their trains and flights. These are some of the high ranked people in the government. By pushing the date ahead, Democrats have managed to create chaos for many people.