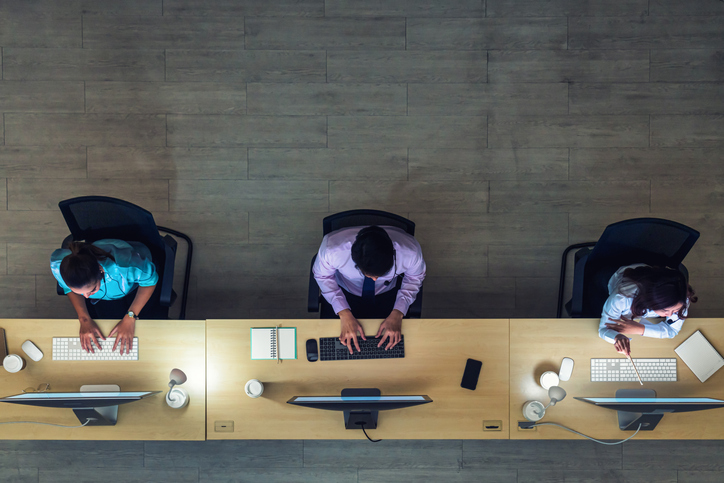 The Art of Mediating Gig Worker Status Disputes Without Resolving Them

Over the past ten years, gig economy firms like Uber Technologies Inc., Lyft Inc., and Grubhub Inc. have spent hundreds of millions of dollars defending against and settling claims that they misclassified employees as independent contractors.

However, due to practical and legal obstacles for plaintiffs and state enforcers, these firms have avoided having to reclassify their workforces.

Following this pattern, New Jersey took $100 million from Uber. Uber and a subsidiary will not be obliged to change how they classify drivers moving ahead, even though it addresses claims that the business misclassified its drivers and failed to pay unemployment insurance taxes.

These multimillion-dollar settlements seem like a fair bargain for Uber and other gig economy businesses. They have argued that having to adjust their business models to hire drivers would cost them much more than the case itself.

Federal courts frequently uphold mandatory arbitration clauses in employment contracts, which presents a significant challenge for plaintiffs, according to Massachusetts-based attorney Shannon Liss-Riordan, who has brought lawsuits on behalf of gig workers against companies like Amazon.com Inc., Uber, Lyft, and others.

She argued that state and federal agencies had a better chance of enforcing change through injunctions than private plaintiffs because of the Supreme Court’s willingness to permit these businesses to use arbitration clauses.

But obtaining an injunction and making it enforceable has proven challenging.

An injunction the California attorney general obtained against Lyft and Uber in 2020 was overturned after the industry persuaded voters to approve a ballot measure, Proposition 22, protecting the industry’s independent contractor model. A Massachusetts case filed in 2020 is unlikely to be resolved before next year.

Drivers would benefit from workplace advantages and legal protections if they were considered employees, including the ability to unionize, workers’ compensation, unemployment insurance, and rules governing minimum wage and overtime.

Gig companies use surveys as evidence that drivers do not desire employment status.

According to Alix Anfang, a representative for Uber, “it is blatantly obvious that people who use the Uber app to make money do so because they value the flexibility.” To ensure that drivers and couriers receive significant benefits while maintaining their independence, we are collaborating with leaders.

That model’s legality has been contested from the beginning, particularly in states with Democratic governors. The business community and certain driver organizations have pushed for legislative concessions, such as the one Washington State approved this year that grants drivers benefits without employee status.

The idea that employees must choose between flexibility and job status is a “false premise,” according to Robert Asaro-Angelo, commissioner of labor in New Jersey. Businesses frequently provide employees part-time, flexible schedules, he noted.

According to Asaro-Angelo, securing the $100 million payment into New Jersey’s worker compensation coffers was a crucial first step in bringing Uber into compliance and one that other states ought to imitate.

He said that the amount owed to state trust funds was in the billions with a “B” when extrapolated on a nationwide scale. It’s uncertain if such state initiatives would influence businesses to alter drivers’ job status.

Instead, Adam Kovacevich, founder and CEO of the IT sector association Chamber of Progress, suggested that the business would view the New Jersey payout as illuminating a chance for a policy compromise.

As long as the state affirms that the drivers remain independent contractors, I’m willing to bet that many gig labor platforms would accept states that let drivers be eligible for unemployment benefits.

In response to recent driver lawsuits, DoorDash Inc., Postmates, Uber, and Lyft all agreed to pay sums totaling $100 million, $32 million, $8.4 million, and $15 million, respectively, to resolve drivers’ claims that the defendants misclassified them.

Despite some of the drivers’ first legal actions, which sought a court order compelling the businesses to reclassify them as workers, that is the case.

To be honest, settlements like that are common, especially in private lawsuits, according to Liss-Riordan. According to her, “having to defend the lawsuit and fight it out typically gives the push for the corporation to clean up its act going forward.”

In addition to the few court instances, arbitration is used in many others. According to the company’s most recent annual report, more than 150,000 Uber drivers have filed or intend to file arbitration claims alleging misclassification. Through 2021, Uber will pay $372 million to settle these arbitration disputes.

The industry has decided that fighting the legal battles is less expensive than converting drivers to employee status, despite the millions spent on litigation and lobbying activities, including the $200 million campaign for California’s Proposition 22.

According to Uber’s annual report, reclassifying drivers “would compel us to fundamentally restructure our business model,” which might make it more difficult to find and keep enough drivers while raising prices significantly.

According to Bill Okerman, a supporter of worker rights and board member of the Boston Independent Drivers Guild, the popularity of these services has discouraged more assertive regulatory action.

He declared that the issue of lax enforcement was unacceptable. “I wish I could honestly explain why a state or other legal authority would permit this to occur. However, as is well known, it has occurred across the nation.

Plaintiffs’ attorneys and authorities continue to press the classification issue despite the obstacles. In addition to the cases brought by the attorneys general of California and Massachusetts, the San Francisco district attorney is suing DoorDash for alleged worker misclassification.

Liss-legal Riordan’s actions continue, including those on behalf of Californian Lyft drivers and Amazon delivery drivers. She filed a lawsuit against Lyft early in the Covid-19 outbreak to demand compensated sick time for drivers. She is currently pleading with the California Supreme Court to prevent the rest of the case from sending her injunction request to arbitration.

At the National Association of State Workforce Agencies convention in Chicago, Asaro-Angelo intends to use New Jersey’s $100 million Uber victory as an example for other states. He stated, “I’ll be urging my colleagues throughout the nation to be doing the same.”

If you need any help in a similar matter, contact the best Atlanta overtime lawyer today!

Involved In A Motorcycle Accident? A Lawyer Can Help