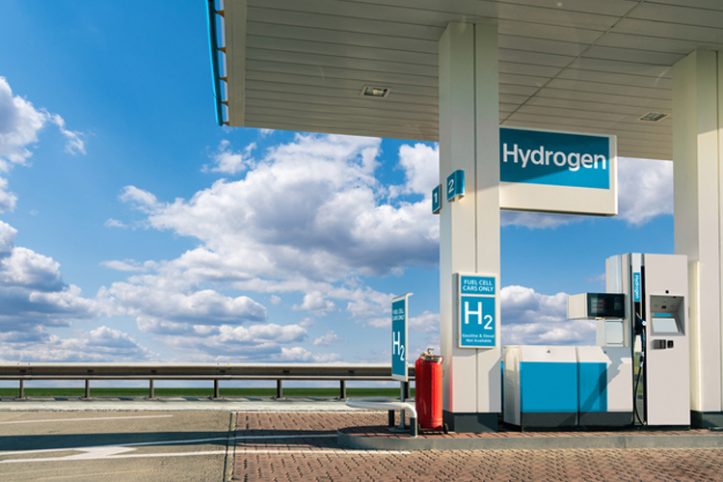 The Board (CARB) anticipates that the state’s hydrogen infrastructure will continue to grow slowly. It recently released research estimating that 100 retail hydrogen stations will be operational in the state by 2023. According to CARB data, California currently has almost 8,000 FCEVs on the road and 48 public hydrogen stations.

According to a CARB press statement, this exceeds estimates and indicates that the development of the California hydrogen network will quickly recover from the consequences of the coronavirus pandemic. However, according to the research, development slowed dramatically in 2020.

“These statements have established an unparalleled outlook for the establishment of a hydrogen filling station network in California,” according to the research. “By 2026, California’s total hydrogen fueling capacity will be sufficient to support the deployment of about 250,000 FCEVs.”

It’s worth noting, though, that forecasts for additional hydrogen stations and vehicle sales are rarely met.  Instead, according to the research, both the number of stations created and the number of vehicles sold have continuously trended below predictions.

However, California stakeholders have been failing to meet hydrogen station targets for decades, claiming permission and other roadblocks as reasons. After all, the objective of 100 stations had been set for 2020.

Fuel-cell car drivers have also reported station outages due to a lack of locally available hydrogen, implying that the current infrastructure isn’t quite dependable. Despite this, a fuel-cell trade association in California has suggested constructing 200 stations by 2035 to service a fleet of 70,000 fuel-cell trucks. Hyundai also intends to test a fleet of 30 trucks in California beginning in 2023.

“Deployment of hydrogen-powered fuel cells in these sectors (medium- and heavy-duty) may offer a significant opportunity to reduce greenhouse gas and pollutant emissions, particularly near communities that have historically been disproportionately impacted by the emissions of freight movement and other commercial activity,” according to the report.

Hydrogen does not come cheap. Yet companies like Hyzon, Toyota, Kenworth, Nikola, Hyundai, and Plug Power are some of the firms taking on the task of developing hydrogen car technology and manufacturing hydrogen fuel.

The bipartisan infrastructure measure also contains a provision for “hydrogen hubs,” which might speed up the construction of stations. However, because the legislation language does not mandate hydrogen to be produced using sustainable techniques, the carbon impact of these hubs could still be significant.

Green hydrogen was not mentioned in the study. Instead, it concentrated on renewable hydrogen, which includes green hydrogen (made using renewable electricity-powered electrolysis), hydrogen produced by steam methane reforming of biomethane, and biomass to hydrogen conversion.

Even when driven by hydrogen produced from natural gas, FCEVs are roughly 2.5 times as efficient as conventional vehicles, resulting in GHG emissions reductions of 40% to 50% as per the research.

While hydrogen vehicles would significantly reduce the emission of pollutants and greenhouse gases, it is still quite unsafe to use hydrogen in cars. Hydrogen is highly flammable — much more than regular fuels like gasoline — raising the risk of any car accident. It is much more difficult to contain hydrogen, and the cells might blow up in extreme heat. In the case of a car accident, you need to make sure you’re hiring an experienced Fontana Car Accident Attorney like Brian Banner at Banner Attorneys.

If the safety issues are resolved, there is no better solution than hydrogen to reduce the emissions from vehicles. “California’s zero-emission transportation programs have as their ultimate goal as the reduction of greenhouse gas and unhealthy criterion pollutant emissions.”

Zero-emission vehicle technologies will only be able to deliver on their potential to cut these emissions throughout their lives if their fuel source likewise achieves these reductions. From this standpoint, zero-emission fuels must eventually shift to production methods that produce less, if not zero, greenhouse gas and criterion pollutant emissions.