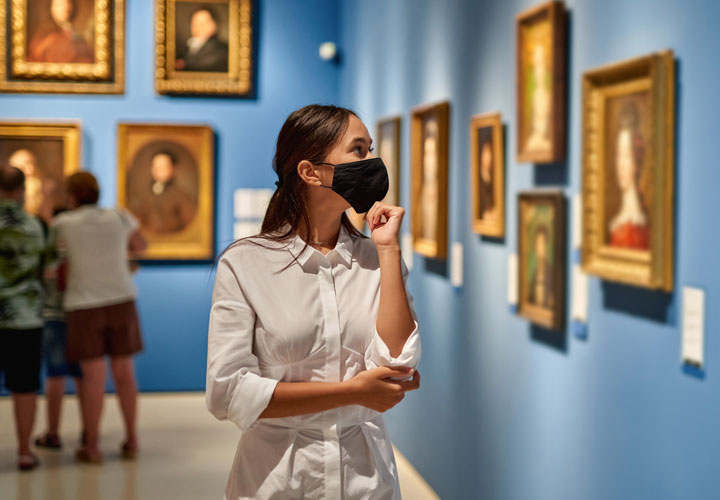 An online petition posted by one of the workers of the San Diego Museum has shocked the internet. The petition accused the authority of the museum of tolerating sexual harassment and racial inequality.

The incident goes as follows: A former employee of the Museum, Zelina Gayte, mentioned in the petition that the museum would often host fund-raising events where plenty of alcohol would be served. The guests would drink way beyond what they are supposed to, end up drunk, and at times grope the female workers of the museum. Instead of taking the right action, the museum authorities would blame the employees and pay no heed to any suggestions put forward by them to prevent these instances.

The petition has already gathered hundreds of supporters online and addresses the harsh behavior of the authorities towards other workers. Often, the workers are ill-treated on the premises, and also, the concerns voiced by women of color are disregarded.

When Zelina Gayte resisted the actions of the Museum Authorities, they refused to take any stand in preventing the misbehavior of the guests and put the whole blame on the workers. Zelina also added: “I quite literally had to say, ‘We are not a nightclub, we are not nightclub workers, we should not have to feel unsafe coming to work’.”

The petition was posted on the Change.org signature drive platform, and by far, it has over 700 signatures. Zelina demands the Museum authorities accept their mistakes, draft a formal apology to the workers, and bring about policies that would protect the rights of the employees. She also urged a boycott until any further action is taken by the museum authorities.

The Response Of The Museum

In response to the petition and its growing support, Roxana Velasquez, the museum’s executive director, issued a formal statement stating the museum will take these accusations into serious consideration and examine it with the help of an expert team to know the depth of the situation.

In the statement, she said: “The safety of all staff members is of paramount importance. We take each of these allegations very seriously and have hired a third-party group to investigate these claims further.” Further, she said: “Our most important priority is to foster a safe and inclusive environment for all staff. We have protocols in place to protect our staff, and we enforce them at all levels.”

The museum official didn’t mention anything about an apology being issued, as Zelina demanded. She has worked in the museum for the past four years as an attendant, and it was earlier this month that she resigned considering the unfortunate events that unfolded.

Zelina recollects in the petition that she isn’t the only one who was subjected to sexual harassment while on duty. She added that whenever a guest is asked to leave considering their state, they would get angry and try to sexually assault the worker who had asked them to leave.

To this, the museum responded that all the guests are closely monitored, especially if they are on the verge of being drunk. Immediately, the officials would arrange for a Uber or contact someone from their family and have the person removed as soon as possible.

Zelina Gayte also raised concerns about the racial inequality faced by women of color in the museum. “The racial discrimination is all so insidious. They do a lot of lip service to progress, but their actions show differently.”

The petition concludes with the point that many of the workers are scared to report these unfortunate events as they fear getting bullied by the authorities, or worse, fired. Following the massive reach of the petition, peers and supporters of Zelina Gayte organized a peaceful march right through the Balboa Park that is just outside the Fleet Science Center. If you or anyone you know have been sexually harassed in the San Francisco area, the San Francisco sexual harassment attorneys at Winer, Burritt & Scott can help.