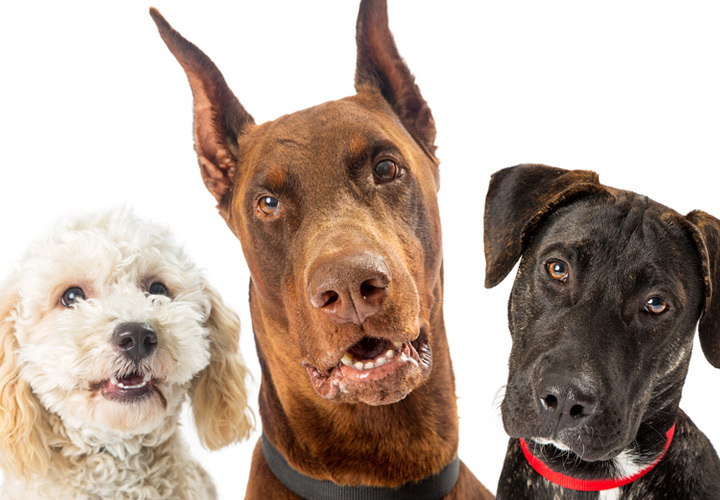 People often ask the question, why do some dogs act aggressively? It is difficult to pinpoint one answer. Some dogs are inherently aggressive. This aggression has a direct link to their ancestry.

They’ve been genetically trained and modified to perform aggressively. Many dog breeds need to get trained to adopt aggressive behavior to carry out the roles of protectors and hunters.

Considering modern society, dogs tend to become more aggressive by nature because of inadequate training. However, a more key reason is poor treatment ladled to the dogs; lack of proper feeding, etc.

Apart from this, dogs also act aggressively when they feel threatened, feel pain, or even feel possessive. It can also get instigated from some aggressive stimuli from the surrounding social aggression.

A few instances of aggression displayed by dogs include biting, snapping, snarling, baring teeth, growling, and aggressively attacking a person.

Let’s take a look at the five most aggressive breeds of dogs.

No one is surprised when people consider this particular breed as one of the most aggressive dog breeds. The reason for this is simple.

According to research, Pitbulls have been seen to have a naturally aggressive temperament. This is because of the history of this breed. People used to nurture their ancestors and trained them to catch a game.

The scary part is their style of attack. The Pitbulls keep attacking by shaking their heads back and forth, which is lethal and often results in irreparable damage. Pit bulls start developing aggressive tendencies from when they are three years old.

Statistics claim that in the year 2017, as high as 74 percent of fatal dog bites and attacks were pitbull attacks.

As intelligent and alert as these dogs are, the Doberman Pinscher has also got a very inherently aggressive stance. It’s often said that people should keep Dobermans away from small children because of their temperament.

Through the ages, people have trained them for providing security. It urges them also to be aggressive towards other canines. Dobermans need a lot of exercises to let out the aggression inside them.

If not, they get triggered easily and would act aggressively. The training process to be social needs to be started very early on in their life for them to adopt being social.

As the name gives off, these species are characterized by being part-wolf and part-dog. It has been often said that one should be cautious about wolf-dog hybrids. These dogs display characteristics of both: ages of domestication from their dog ancestors and the wild untamable traits from their wolf ancestors.

They are very aggressive and can sometimes go beyond control. It has also been seen that sometimes even the mere act of keeping these dogs inside the house tends to make them more aggressive.

They need an excessive amount of training to socialize with people. However, it is also to be kept in mind that these dogs aren’t easy to train because they aren’t eager to please their trainers.

They are aggressive and stubborn, a trait carried on through their DNA. In addition to that, they’re also very intolerant and impatient with children.

Chihuahuas are classic examples of how size doesn’t determine aggression in dogs. They are intelligent dogs. However, they often show tendencies to be aggressive.

They take longer to trust and are impulsive, dominant, and jealous. If the Chihuahuas do not get adequately trained, the negative traits tend to get the better of these dogs.

Please make sure that you don’t confuse their aggressive temperament with bad behavior. The dogs mentioned above certainly aren’t bad. They just need a bit more training, care, and time to settle and adjust. If you do come across a situation where you are bit by any breed of dog, San Diego dog bite lawyer, Dog Bite Law Group will be able to help you get the compensation you deserve.